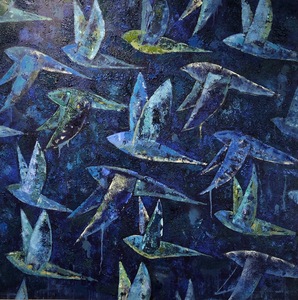 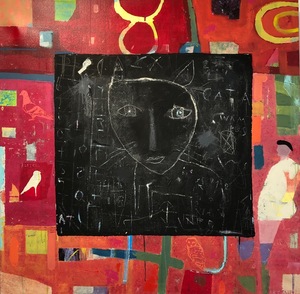 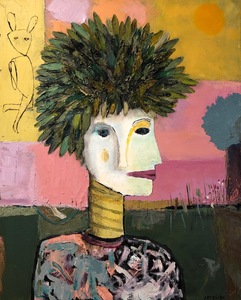 King of the Promised Land 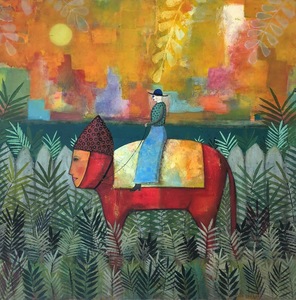 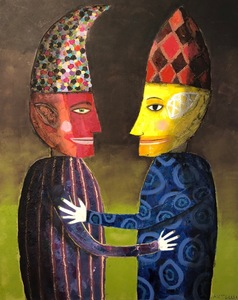 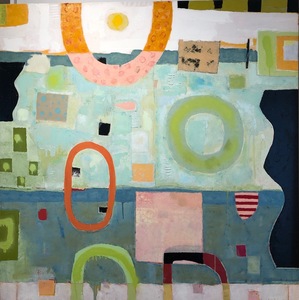 A lifetime resident of Appalachian Kentucky, Rodney Hatfield’s greatest inspiration has been the rural and isolated environment in which he spent his formative years. His work has been described as ‘whimsical yet disturbing’ - as a self-taught artist, Hatfield’s art displays a freedom with media, allowing different textures and ideas to be developed on the canvas. Often, due to a scavenging habit, his pieces are embellished with found and weathered objects such as newspapers and napkins, punching up the background and even the figures within to add an interesting, graphic effect. Throughout his artistic career, Hatfield has been shown regionally in the Kentucky area as well as the southwestern United States and Ecuador.